My lifelong love of history and romance grew and came into bloom from my roots deep in my home state of Virginia. From one corner of the state to another, and points in-between, Virginia is a living history book. It's also breathtakingly beautiful. Many times, as I have looked at my mountains, I have wondered about the past lives of people who once stood gazing at the same glorious sight. I truly believe that the answers to our future lie in the questions from our past. It is very important to never forget the sacrifices made by those who have fought to preserve the American way of life. We must also remember that heroes and heroines are real people with imperfections and vulnerabilities. Their gallantry and honor often comes with a high price. The year 2011 marked the 150th anniversary of the American Civil War. Not a cause for celebration, but one for reflection and remembrance. It is hard for many of us to imagine the scope of the Civil War. Americans fighting against each other on our home soil. Friends and family members so divided by the cause of "North versus South" that they battled with one another to the death. To this day, the American Civil War remains the conflict in which the most Americans lost their lives. The death toll? Over 600,000 lives were lost in the War Between the States.


Author Jessica James has written a superb historical romance, "Noble Cause: A Novel of Love and War". With an elegant, evocative style, and a history lover's eye for detail, Ms. James brings to vivid life one of the most devastating of American tragedies. The involving battles scenes and fascinating military strategies are well-blended with the human issues of the war. An impossible and undeniable love is found just as so much is lost forever. Confederate Colonel Alexander Hunter is legendary for his battlefield brilliance and his deeply felt love of his Virginia homeland. His almost supernatural ability to outthink, outmaneuver, and upstage the Union Army faces only one real challenge: a young Union scout, small in stature, with unequaled horsemanship and the wiles of a fox. Andrea Evans, in her guise as Andrew Sinclair, risks her life at every opportunity to forward the cause of the Union. She is a scout, a spy, and a young woman on the run from her past. Born a privileged daughter of the South, Andrea fled her home at a very young age to leave behind the cruelty of her father, a slave-owner not afraid to use his whip.


Time and time again, Alex and Andrea provoke and elude each other in a daring wartime dance.   When Andrea is finally captured, she is sent to a hell-hole Confederate prison camp where she suffers unspeakable torture and becomes gravely ill. When Alex learns Andrea's fate, which was against his direct orders, he rescues her and takes her to his Virginia home to recover. He gambles much by keeping the infamous Yankee spy under his own roof, but he is following the dictates of his heart. Andrea proves to be more than a match for Alex, and their sparring intellects and spirited verbal battles make for a stirring romance. For me, a true hero must have an inner core of compassion. Alex is a man of ideals, a revered leader who has learned to place the needs of his command above his own personal needs. Andrea is a strong and intelligent woman, never afraid to stand up for her own beliefs, and those are the characteristics which Alex finds hardest to resist! The more that these two sworn opponents clash, the more their attraction begins to grow. As they learn about each other, they also learn about the "shades of gray" that cloud both sides of the horrific War Between the States. The skillful storytelling of Jessica James will keep you enthralled from beginning to end. The outcome of the Civil War is unchangeable, but the romance between the gentleman colonel and his fearless lady is one that you will not want to end. Highly recommended!

Thank you for visiting with us today, Jessica. Please tell us about yourself and how you came to write and publish "Noble Cause".

JJ: I’m from Gettysburg, Pa., so with all of that history surrounding me, you’d think I’ve always had an interest in the Civil War. As fate would have it, things didn’t happen that way. I didn’t catch the Civil War bug until I moved to Virginia in my 20s to accept a job as a veterinary technician at a horse hospital. While living there, I learned about the charismatic Confederate commander John Mosby who was the epitome of the Southern cavalier.  The more I read about Colonel Mosby, the more I wanted to know. I was soon traipsing all over northern Virginia, down dirt roads, and across the rolling fields to walk where he walked and see what he saw. Storylines started running through my head that involved a Mosby-like main character, and soon Colonel Alexander Hunter was officially born on the pages of Noble Cause. (A side note on walking in his footsteps: One of the more famous stories about Colonel Mosby concerns the night the Yankees surrounded the house he was sleeping in. Although they found his clothes, they never found him. He had climbed out of the window onto a limb of a huge walnut tree. The tree is still there—and so is the house. I drove by it many times, but that wasn’t enough. I sent a letter to the owner and was graciously invited inside for a tour. I can’t begin to describe the feeling of walking through that house and standing in that bedroom). As I was writing Noble Cause, and its predecessor Shades of Gray, one of the main goals I had in mind was to get readers as interested and excited about history as I had become. I wanted them to feel the pain and experience the emotions of living during that turbulent time. Although we’ve all been taught that the Civil War caused brothers to fight against brothers, I don’t think the enormity of that really hits home until you can relate or connect to people (or characters) in that situation.  I get many emails from readers who tell me that Noble Cause made them cry (and laugh) or kept them up all night reading even though they had no prior interest in the Civil War. That’s a great gauge for me to know that they connected with the characters.


In all of your research so far about the Civil War, is there one fact which stands out the most?

JJ: The first thing that comes to mind is the number of deaths—upwards of 623,000—which is more than other American wars combined. Considering how small our population was at that time makes that number even more sobering. Another thing that draws me to this era, and why I write romance set in this time period, is the relationship between men and women. When they said “til death do us part” they really meant it. It’s evident in letters, in diary accounts, and even tombstone epitaphs. This “everlasting love” was a deep, sincere, poignant love that is somewhat difficult to grasp today.  Going hand in hand with that is the strong reliance that people had on faith and honor. Honor is a huge theme in Noble Cause because it played such a huge role in the war. Most people probably don’t know that at the beginning of the war, prisoners were paroled “on their honor” to put down their weapons and promise not to take up arms again until they were officially exchanged for another prisoner. Another interesting example of the strong principles that were present during the Civil War is that when the American flag was hit during the bombardment of Fort Sumter, the Confederates rowed a boat to the fort and gave the Federal soldiers a new flag.


I know that you put together a very poignant and beautiful collection of Civil War love letters. Is there one that touched your heart more deeply than the rest?

JJ: That’s a really tough question because they are all so touching—in different ways. The one from Sullivan Ballou, made famous by Ken Burn’s Civil War, is touching because it is so eloquently written, and because he dies within a week of sending it. His words are also special because he ties his love for his wife with his love for country—a theme that was often repeated by men who were away from their loved ones. Here’s a short example for those who have never read it: “Sarah, my love for you is deathless, it seems to bind me to you with mighty cables that nothing but Omnipotence could break; and yet my love of Country comes over me like a strong wind and bears me irresistibly on with all these chains to the battlefield.” I am also touched by the ones from General George Pickett of Pickett's Charge fame, and Thomas "Stonewall" Jackson, because they are thought of as such tough warriors. Yet, when you read their sweet words to their wives, you realize what soft hearts they had. Many books have been written about these historical figures and their accomplishments, but the personal side is often neglected. One of the reasons I put the booklet together was to make sure readers understand the "other side" of the war. It's easy to forget that these were real people, with families, relationships, hopes, dreams, and problems. Though they lived in a time that required exceptional courage, faith and valor, they were in the end, human. 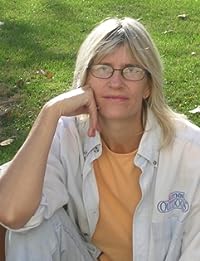 "Life in the Past Lane" blog
http://www.jessicajamesblog.com/

Both the "North and South" are known for producing delicious varieties of apples. In the spirit of peace and unity, and appreciation of apple goodness, here are some recipes for your enjoyment!

1 cup chopped pecans Combine oil and sugar together in a bowl; beat in eggs. Sift all dry ingredients together and then add to egg mixture. Fold in vanilla and apples. Pour into a greased 9" x 13" pan. Bake at 325°F for 45 minutes or until done; set aside to cool. For the frosting, combine cream cheese and butter in a large bowl using mixer. Gradually add the powdered sugar; beat until smooth and then add vanilla. Frost the cooled cake and then sprinkle pecans over top.


Roast Chicken with Apples and Onions

Preheat oven to 425 degrees. Chop onions and apples into one-inch chunks. Toss together with lemon juice, half of the melted butter, sage, thyme, salt and pepper. Rinse chicken thoroughly and pat dry with a paper towel. Rub the remaining butter into the skin. Stuff as much of the apple mixture into the chicken as possible. Cover and set aside any remaining apple mixture. Place in a roasting pan breast up and put in oven. Roast for 15 minutes. Turn oven down to 350 degrees and cook for 45 minutes. Take chicken out. Baste and add remaining apple/onion mixture to the pan. Roast for up to another 30 minutes, until the internal temperature of the chicken reaches 160 degrees. Test for doneness. Let chicken stand for about 10 minutes at room temperature before carving.