Author Kendra Elliot writes intelligent, capable, attractive heroines who bring back the original appeal that I first found as a young reader of romantic suspense. 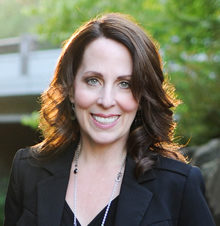 Kendra Elliot grew up in the lush Pacific Northwest and still lives there with her husband, three daughters, two cats, and a Pomeranian. She left the dental world after sixteen years to write full time in 2012. Her first two books, HIDDEN and CHILLED, spent months on Kindle's top 100 paid best seller list. HIDDEN was on Kindle's 2012 overall top 100 bestseller list. Two more Bone Secrets novels will be released in 2013. She's always been fascinated with forensics, refuses to eat anything green, and loves a strong Mai Tai on the beach on Kauai. Visit Kendra at kendraelliot.com. Author Kendra Elliot's "Bone Secrets" series gets better and better with each new book. "Buried" is Book Three, and it blends together elements from the first book with all-new twists and turns for a super suspense-thriller that you won't be able to put down. Investigative reporter Michael Brody is a hard-driving journalist who digs as deep as he needs to in order to unearth the truth. The one resolution to a story which has escaped his grasp is also the most personal. Two decades ago, his own brother, Daniel, along with other children aboard a school bus seemingly vanished from the face of the earth. Only one of the children, Chris Jacobs, had been found alive. Emaciated, near-skeletal, and with no memory, he appeared out of nowhere and was quickly returned to his family. As soon as he graduated from high school, he once again disappeared--this time on his own terms. Twenty years after the bus and the children were lost, an unexpected discovery on a long-time unused dairy farm uncovers the burial site for the children and the bus driver. Only one child's remains are missing--those of Michael's brother, Daniel. Determined to solve the mystery of his brother's whereabouts, Michael seeks out Chris Jacobs through Chris's sister, Jamie, an elementary school principal. Reluctant to aide Michael at first, a violent attack from an unknown intruder in her own home convinces her that the only way to protect Chris is to help Michael. The attraction between Michael and Jamie grows deeper as they come closer to uncovering and exposing an insidious evil--an evil just as deadly as it was decades ago. Will the two of them together be strong enough to destroy the hellish, twisted mind who tortured and killed innocent ones so long ago? Riveting romantic suspense from talented author Kendra Elliot--be sure to also read Book One: "Hidden", and Book Two: "Chilled". Recommended for lovers of thrilling suspense with a just right balance of romance! Author Kendra Elliot writes intelligent, capable, attractive heroines who bring back the original appeal that I first found as a young reader of romantic suspense. As I have matured as a reader, so has my taste in reading material evolved. Romantic suspense continues to reinvent itself. As far as "dark or light" goes, it all depends on the story line and the personality that the author builds within each character. Thanks to talented and imaginative authors, like Kendra Elliot, romantic suspense continues to cross boundaries and merge storytelling elements in an increasingly delightful feast for fiction lovers! In "Chilled", Book 2 in the "Bone Secrets" series, Brynn Nealey is a forensic nurse, a highly dedicated professional in a field which in real life includes care to victims of crime, such as sexual and other types of assaults, as well as collecting evidence, performing certain types of death investigations, and working with prison inmates. Assigned to assist a critical rescue team heading to the site of a downed US Marshal Service plane, Brynn is trained to collect vital material in matters relating to the law. Former US Marshal Alex Kinton maneuvers his way onto the team with an agenda of his own. Aboard that plane is the man whom Alex has sworn to eliminate, the man who murdered his brother. When Alex's prey turns out to be the only survivor, a new game begins, and the rescue team finds themselves facing not just the killer cold, but the brutal mind of a murderer. Underneath Brynn's professional demeanor lies great warmth and compassion, and her inner sweetness begins to thaw Alex's hard-edged determination. Brynn is not immune to Alex's appeal, and soon the heat between them blazes to life, but is it enough to overcome the odds against them? Another great all-night page-turner from Kendra Elliot! I am looking forward to more works featuring fantastic females from this talented author. Kendra Elliot's debut work, "Hidden: A Bone Secrets Novel", is an intriguing romantic suspense with plenty of cold hard facts and sparks-fly, steamy sensuality. The perfect combination for lovers of this genre, told by a new voice. Lacey Campbell is a forensic odontologist, a highly experienced, specially trained dentist who uses her expertise to help identify unknown remains and trace bite marks to a specific individual. Forensic odontologists, or forensic dentists, are typically called in to identify human remains that cannot be identified using fingerprints or other means, and also to estimate the age of skeletal remains. They may be called to work on a case by police officers, the medical examiner, or the coroner. When Lacey is called to an unusual crime scene to examine skeletal remains, she is distraught to discover that the bones are all that is left of her college friend Suzanne. More than a decade has passed since Suzanne was kidnapped by the infamous Co-Ed Slayer. Her fate had remained unknown until now, when her carefully placed remains were sure to be found. The property where Suzanne's skeleton was found is owned by former policeman Jack Harper, who left the force after a tragic incident where he was injured. Intelligent Lacey and instinctive Jack are a high-octane combination, complementing and completing each other in unexpected ways. There are those who wish to come between Jack and Lacey, including her unpleasant ex-husband, Frank, and also a former boyfriend, Michael, neither of whom are fond of Jack's increasing importance in Lacey's life. When new murders begin to occur, suspicion is cast in all directions. The Co-Ed Slayer died in prison, so who is playing this macabre game? "Hidden: A Bone Secrets Novel", is a perfect Summer suspense read, and it is also just the thing for a reading "all-nighter". I look forward to more "sensational secrets" in upcoming works by Kendra Elliot.