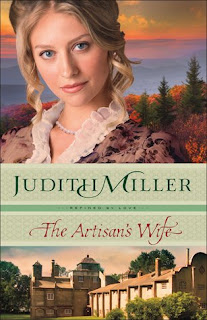 "THE ARTISAN'S WIFE" by Judith Miller

“The Artisan’s Wife” is Book 3 in author Judith Miller’s “Refined by Love Series”. Set in the beautiful mountain state of West Virginia, these books blend history and skilled craftsmanship with abiding faith and sweetly poignant romance. In “The Artisan’s Wife”, Ainslee McKay must pick up the responsibility of managing the family tile work business after her twin sister’s surprise elopement and departure. Always somewhat in her sister’s shadow, Ainslee must make decisions which will affect the futures of many people. Even with her brother along for assistance, Ainslee is still set on selling the business. The arrival of talented designer Levi Judson is a boon to the success of the tile works, but both he and Ainslee are keeping secrets of their own. They work together as friends, and soon their hearts are also involved. When both of their inner truths are revealed, will their relationship grow stronger, or will they grow apart? Can they merge their own hopes and plans and find happiness as well as prosperity for all? Judith Miller is an excellent writer of inspirational historical romance, and I highly recommend reading the first two books in the series, “The Brickmaker’s Bride” and “The Potter’s Lady”. 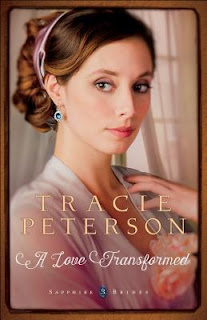 "A LOVE REFORMED" by Tracie Peterson

“A Love Transformed” is the third and final book in author Tracie Peterson’s “Sapphire Brides Series”. Clara Vesper is a talented jewelry designer, making the stunning sapphire creations sold by her husband Adolph’s company. Their arranged marriage was a business relationship which had appeared profitable, but upon Adolph’s sudden death, Clara learns that she is a widow without means. She and her two small children must leave New York and return to the home of her relatives in Montana. She had once known happiness at the ranch of her aunt and uncle, and there she had also met the love of her life, Curtis Billingham. Much has changed since she left so long ago. Curtis is recovering from serious injuries he received in a mining accident. His spirit seems as broken as his body. Clara is followed to Montana by her late husband’s brother, Otto, and he intends to force Clara to bring her design skills back to the company in New York. Otto is not the only threat to Clara and her children—secrets from her husband’s hidden life are a looming danger. Clara must reconcile the disappointments of her past with new hope for the future—abiding faith must fill her heart and give her the strength she needs to keep her family safe. Will there be a new and happy life for them all, one filled with love and promise? Author Tracie Peterson’s love of history and in-depth research once again blend with her personal faith and admirable storytelling skills as she brings this series to a close. 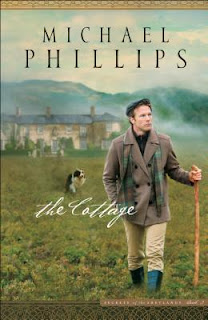 "THE COTTAGE" by Michael Phillips
Author Michael Phillips continues his enthralling “Secrets of the Shetlands Series” with Book 2, “The Cottage”. When Loni Ford learns of her unexpected inheritance of property in the Shetland Islands of Scotland, her first thought is to settle a sale of the estate and return to America as soon as possible. However, the more time she spends in the rustically beautiful countryside, the more muddled her thoughts become. The land and its people weave a spell of their own, and then there is David Tulloch, the man the locals had long presumed to be the rightful heir to “The Cottage” and all it entails. Complex and compelling, David is much more than Loni expected. Adding menace to the mix is David’s cousin, Hardy, whose dangerous ties to oil investors are propelling his own forceful claim to the inheritance. Author Michael Phillips’ estimable storytelling skills combine with the magic of the Scottish Isles for an involving romantic suspense read. 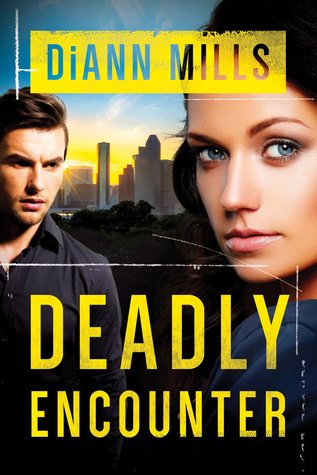 Airport Ranger volunteer Stacy Broussard expected a peaceful Saturday morning ride around the perimeter of Houston's airport. What she encounters instead is a brutal homicide and a baffling mystery. Next to the body is an injured dog, the dead man's motorcycle, and a drone armed with a laser capable of taking down a 747.Though FBI Special Agent Alex LeBlanc sees a clear-cut case of terrorism, his past has taught him to be suspicious of everyone, even witnesses. Even bleeding-heart veterinarians like Stacy. But when her gruesome discovery is only the first in a string of incidences that throw her life into a tailspin, Alex begins to wonder if Stacy was targeted. As a health emergency endangers Stacy's community, and the task force pulls in leads from all directions, Alex and Stacy must work together to prevent another deadly encounter.

DiAnn Mills is a bestselling author who believes her readers should expect an adventure. She combines unforgettable characters with unpredictable plots to create action-packed, suspense-filled novels. Her titles have appeared on the CBA and ECPA bestseller lists; won two Christy Awards; and been finalists for the RITA, Daphne Du Maurier, Inspirational Readers’ Choice, and Carol award contests. Library Journal presented her with a Best Books 2014: Genre Fiction award in the Christian Fiction category for Firewall.

MY REVIEW: Author DiANN Mills is a uniquely skilled storyteller, specializing in tales of inspirational contemporary romantic suspense. Her meticulously researched works offer compelling characterizations, involving storylines, and always the underlying element of abiding faith. “Deadly Encounter” is the first book in her “FBI Task Force” series, and it does not disappoint readers who are expecting an engaging romantic suspense read. Veterinarian Stacy Broussard volunteers as a security ranger, patrolling the perimeter of Houston’s airport by horseback. On one Saturday morning, what begins as a quiet ride on a well-known trail soon turns into a nightmare when Stacy discovers a dead body. Close to the body is a bloodied motorcycle—even closer is a yellow Lab, tucked against the man’s body, her leash held by the grip of the dead man’s hand. Not far from the body, Stacy finds a downed drone, and it’s the type used by psychotic individuals to blind pilots and cause air disasters. To FBI Special Agent LeBlanc, the incident screams terrorism, but he also knows to look deeper than evidence first suggests. As further unsettling events occur, Stacy and Alex are drawn together to solve the mystery and prevent another deadly encounter. With the discovery of much in common from their pasts, an awareness and attraction begins to grow. They are each at a different stage in their journey of faith, but will their hearts find the right road to follow together to reach the ultimate destination of a life filled with love and happiness? A highly-recommended read from the wonderful DiANN Mills.