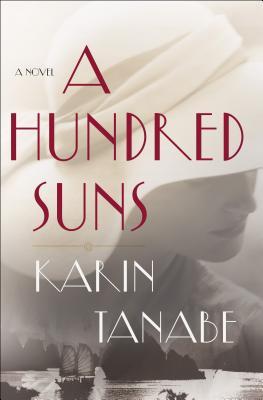 An evocative historical novel set in 1930's Indochine, about the American wife of a Michelin heir who journeys to the French colony in the name of family fortune, and the glamorous, tumultuous world she finds herself in—and the truth she may be running from.

On a humid afternoon in 1933, American Jessie Lesage steps off a boat from Paris and onto the shores of Vietnam. Accompanying her French husband Victor, an heir to the Michelin rubber fortune, she’s certain that their new life is full of promise, for while the rest of the world is sinking into economic depression, Indochine is gold for the Michelins. Jessie knows that their vast plantations near Saigon are the key to the family’s prosperity, and while they have been marred in scandal, she needs them to succeed for her husband’s sake—and to ensure that her trail of secrets stays hidden in the past.

Jessie dives into the glamorous colonial world, where money is king and morals are brushed aside, and meets Marcelle de Fabry, a spellbinding French woman with a moneyed Indochinese lover, the silk tycoon Khoi Nguyen. Descending on Jessie’s world like a hurricane, Marcelle proves to be an exuberant guide to ex-pat life. But hidden beneath her vivacious exterior is a fierce desire to put the colony back in the hands of its people, starting with the Michelin plantations, fueled by a terrible wrong committed against her and Khoi’s loved ones in Paris.

Yet it doesn’t take long for the sun-drenched days and champagne-soaked nights to catch up with Jessie. With an increasingly fractured mind, her affection for Indochine falters. And as a fiery political struggle builds around her, Jessie begins to wonder what’s real in a friendship that she suspects may be nothing but a house of cards.

Motivated by love, driven by ambition, and seeking self-preservation at all costs, Jessie and Marcelle each toe the line between friend and foe, ethics and excess. Cast against the stylish backdrop of 1930s Indochine, in a time and place defined by contrasts and convictions, A Hundred Suns is historical fiction at its lush, suspenseful best.

"A haunting, evocative tale that left me both richly satisfied and deeply unsettled – yet another Tanabe triumph. Captivating, suspenseful, and full of surprises." ―Fiona Davis, national bestselling author of The Masterpiec"Tanabe's attachment to her characters and passion for the period shine through." ―Historical Novel Society

"Tanabe immerses the reader in a world of romance and manners, but also leaves you gripping the edge of your seat." ―USA Today

"A Hundred Suns manages the near impossible: it's both a gripping, relevant page turner, and a searing historical examination--in this case, of the brutal atrocities of colonialism. You'll read, as I did, to find out who will win the game of cat and mouse, even as you come to understand that in Indochine in the 1930's--as it is anywhere that one group of people enslaves another--there was no 'winning.' " - Miranda Beverly-Whittemore, New York Times bestselling author of Bittersweet and June 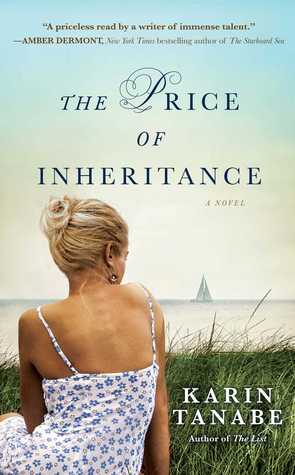 The Price of Inheritance

In this enthralling new novel from the author of The List (a “smartly paced and dishy debut,” Publishers Weekly, starred review), a young woman working in the high-end art world stumbles upon a rare antique—and an irresistible man with a dark past.

After eight years in the American Furniture department at Christie’s, twenty-nine-year-old Carolyn Everett is a rising star. But one wrong decision and a scandal leaves her unemployed and broken. Desperate to piece her life back together, Carolyn leaves New York City to work in a tiny antique store in Newport, Rhode Island.

One day at a small county auction, she discovers a piece of Middle Eastern pottery, which she purchases for twenty dollars on a hunch. Curiosity sends her on a mission to find its original owner, and she eventually winds up in the town’s United States Navy Base—and in a relationship with notorious womanizer Marine Sergeant Tyler Ford, who claims the relic came to him as a gift from his translator during the early days of the Iraq War. From two different worlds, Tyler and Carolyn become obsessed with the mysterious relic—and each other—until the origin of the art comes under intense scrutiny and reveals a darker side of Tyler’s past. Carolyn still feels like there’s more to the story, but can she risk attaching herself to another scandal—and does she truly know the man she’s fallen in love with?

The Price of Inheritance is a rare find of a novel. Engaging, suspenseful, and full of intrigue, it delves into the elite world of big bucks deals and dangerous black market promises, where one woman must decide whether she’s willing to gamble her greatest asset—her heart.

"Readers will find plenty to savor...Carolyn is a winning character with a quick wit and the opulent environs she inhabits are definitely worth a visit." Source: The Washington Post

"A compelling novel of financial and emotional high stakes." Source: In Touch

"Karin Tanabe's The Price of Inheritance is a deeply enjoyable and riotously funny takedown of the high-stakes New York art world and its most glamorous and illicit auction houses. Matching the spirit and wit of Steve Martin's An Object of Beauty, Karin Tanabe focuses her shimmering humor and laser eye on the dangerous lengths the very wealthy will journey to own a costly piece of history. Lushly detailed and ambitious in scope, The Price of Inheritance is rich in romance, war stories and betrayals. A priceless read by a writer of immense talent." Author: Amber Dermont Source: New York Times bestselling author of The Starboard Sea

"This absorbing, quick-turning story takes us behind the doors of the big auction houses into the homes of the art-collecting elite and onto the international marketplace with sure-handedness, and in fascinating detail. Karin Tanabe writes with passion, intelligence, and a lot of wit, and the book is insanely difficult to put down." Author: Jessica Lott Source: The Rest of Us

With The Price of Inheritance, Karin Tanabe pulls off a triple-coup: she gives us a juicy insider's look at the high-stakes auction business, a late-coming-of-age (and enticingly New York) love story, and a truly suspenseful mystery that crosses borders from Rhode Island to Iraq. Any one of these on its own would have been a compelling read. But all three at once? I couldn't put it down." Author: Allison Lynn Source: author of Now You See It

"In The Price of Inheritance, Karin Tanabe weaves a tangled web of romance and intrigue, while exposing the underbelly of the art world. This smart and captivating read will have you turning pages faster than you can say forgery." Author: Emily Liebert Source: author of You Knew Me When

"A biting, hilarious send-up of D.C.'s elite." Source: People on THE LIST

“Hildy Johnson would recognize a kindred spirit in 28-year-old Adrienne Brown, a Beltway-bred, New York-trained reporter who sacrifices sleep, sanity, and sex to feed the wonky digital/paper beast the Capitolist – or “The List” as its rabidly ambitious scribes call it. Adrienne slaves in relative obscurity as a “Style section girl” at this Beltway must-read, blasting out celebrity interviews on her never-turned-off Blackberry. But within a month of her arrival, she also stumbles on what will become a blockbuster, front-page story involving List superstar and shrewish White House reporter Olivia Campo. To untangle the details of the hot-sheets affair between the married Olivia and famously family-man U.S. senator—and two mysterious deaths—Adrienne enlists the help of her pushy big sister, Payton. She not only gets a career-boosting story but the respect of her perfect sibling, high-powered parents, and sharp-elbowed peers. Former Politico reporter Tanabe’s roman-a-clef is a hilarious skewering of digital journalism – and how news is tweeted and blogged at a dizzying pace by armies of underpaid and overworked 20-something journos—as well as smartly paced and dishy debut, part political thriller, part surprisingly sweet coming-of-age tale, and part timeless ode to dogged reporters with good instincts and guts of steel. Hildy would be proud.” Source: Publishers Weekly, starred review on THE LIST

"A contemporary, politically astute novel that is both wickedly humorous and enticing...[with] complex characters, an intriguing plot, and tightly brilliant execution. When word gets around about The List, readers will clamor for their copy and devour this book." Source: New York Journal of Books on THE LIST 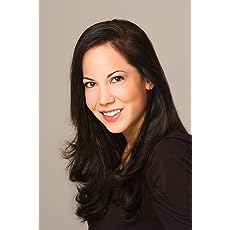 Karin Tanabe is the author of The Gilded Years, The Price of Inheritance, and The List. A former Politico reporter, her writing has also appeared in the Miami Herald, Chicago Tribune, Newsday, and The Washington Post. She has made frequent appearances as a celebrity and politics expert on Entertainment Tonight, CNN, and The CBS Early Show. A graduate of Vassar College, Karin lives in Washington, DC. To learn more visit KarinTanabe.com.