"THE CINDERELLA SPINSTERS SERIES"--from wonderful Regency Romance author JULIA JUSTISS--three bookish girls who bonded together while at school, the Spinsters have vowed not to succumb to marriages of convenience, but to use their talents and enthusiasm to forward noble causes...and the heart will have its way 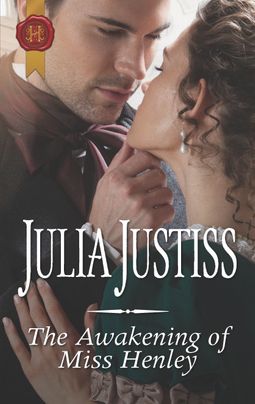 The Awakening of Miss Henley

She was still on the shelf!

Part of The Cinderella Spinsters. Miss Emma Henley knows she’s neither pretty nor rich enough to land a husband. Instead she’s thrown her passion into good causes. But this season she’s tempted by a flirtation with Lord Theo. The dashing rake is just as determined to stay unwed as she is. It’s scandalous…but if she’s never to marry, perhaps he can show her the pleasures of the marriage bed!

"5 stars - Marvelous! This a such a wonderful love story. It's mature, but sexy, smart, emotional, with well-drawn characters, and I truly enjoyed the artistic backdrop. The beautiful happily ever after for a well deserving couple, is the cherry on top. I enjoyed every single minute of it!!' – The Book Review

"5 stars - Mrs Justiss constructed an incredibly wondrous slow-burn romance, with flawed and lively characters. I so enjoyed this brilliant tale of giving character a chance over appearance, that next year is far away to wait for the next story." – Elodie's Reading Corner

"Almost from the beginning, the air crackles with sexual tension... Ms. Justiss' prose is flawless, so evocative that every emotion permeates the narrative, subtly yet powerfully." – Fresh Fiction

"Julia Justiss delivers again... and the outcome is delightful." – All About Romance

"The Awakening of Miss Henley is a romantic and enjoyable read...." – Roses are Blue 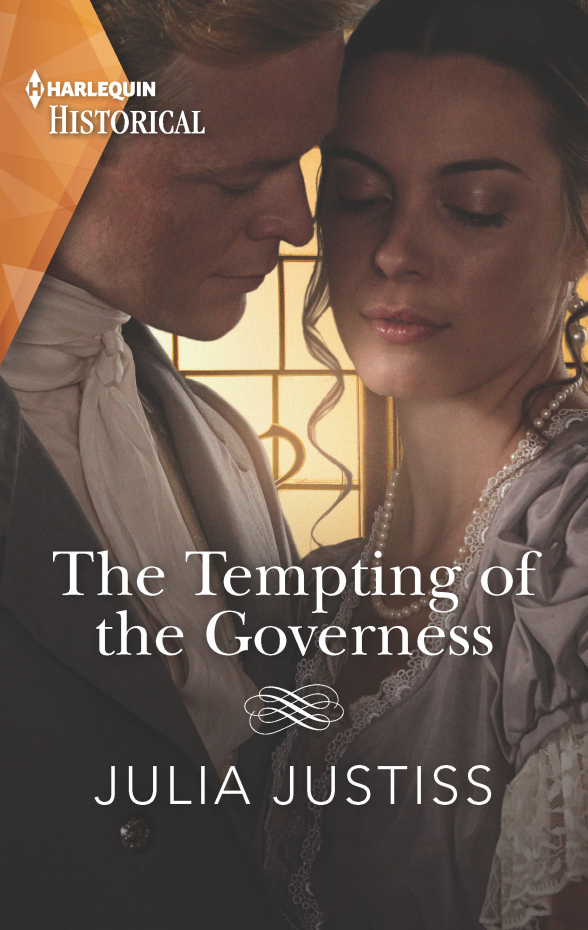 The Tempting of the Governess

Is getting under his skin!

Infuriating, impertinent…just some of the words Colonel Hugh Glendenning could use to describe Miss Olivia Overton! She’s insisting he spend time with his orphaned wards—which has forced him to admit he’s been keeping the world at arm’s length since losing his wife and baby son. That’s not all that’s disturbing him. It’s the new temptation Olivia’s sparking in Hugh to enjoy life again—with her!

“A charming, character-driven romance…The Temptation of the Governess is an enjoyable read and one fans of historical romance should definitely consider checking out.” – All About Romance

“The Tempting of the Governess is a beautifully written and emotional romance.” – Roses are Blue, Book Blog 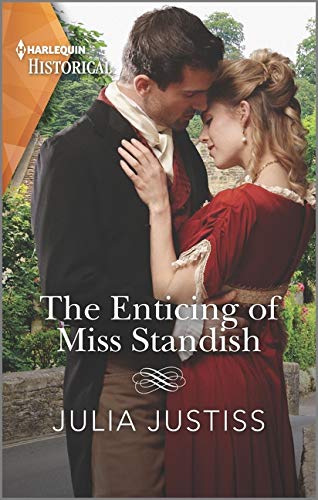 The Enticing of Miss Standish

A meeting of minds…
But a most unsuitable match!

When lady’s companion Sara Standish meets Cameron Fitzallen, he has his jacket off and he’s mending mill machinery. He is manly, capable—though it’s most improper for him to set her heart aflutter! He is a mill owner—trade—after all. They share the same aim to help impoverished children, but in the eyes of the ton, she must not mix with him. That doesn’t stop her craving his company, or his touch…

Endowed with average looks and modest dowries, three school friends vow not to be trapped into loveless arranged marriages, but to remain independent and devote their passion and commitment to bettering their world. They will become...THE CINDERELLA SPINSTERS. 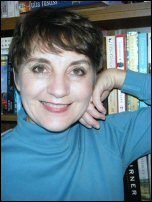 Julia Justiss grew up breathing the scent of sea air near the colonial town of Annapolis, Maryland, a fact responsible for two of her life-long passions: sailors and history! By age twelve she was a junior tour guide for Historic Annapolis, conducting visitors on walking tours through the city that was a hotbed of revolutionary fervor. (Annapolis hosted its own tea party, dispensing with the cargo aboard the "Peggy Stewart," and was briefly capital of the United States.) She also took tourists through Annapolis's other big attraction, the United States Naval Academy. After so many years of observing future naval officers at P-rade and chapel, it seemed almost inevitable that she eventually married one.

But long before embarking on romantic adventures of her own, she read about them, transporting herself to such favorite venues as ancient Egypt, World War II submarine patrols, the Old South and, of course, Regency England. Soon she was keeping notebooks for jotting down story ideas. From plotting adventures for her first favorite heroine Nancy Drew she went on to write poetry in high school and college, then worked as a business journalist doing speeches, sales promotion material and newsletter articles. After her marriage to a naval lieutenant took her overseas, she wrote the newsletter for the American Embassy in Tunis, Tunisia and traveled extensively throughout Europe. Before leaving Tunis, she fulfilled her first goal: completing a Regency novel.

Children intervened, and not until her husband left the Navy to return to his Texas homeland did she sit down to pen a second novel. The reply to her fan mail letter to a Regency author led her to Romance Writers of America. From the very first meeting, she knew she'd found a home among fellow writers--doubtless the largest group of people outside a mental institution who talk back to the voices in their heads.

Her second goal was achieved the day before her birthday in May, 1998 when Margaret Marbury of Harlequin Historicals offered to buy that second book, the Golden-Heart-Award winning novel that became THE WEDDING GAMBLE. Since then, she has gone on to write fourteen novels, three novellas and an on-line serial, along the way winning or finaling for historical awards from The Golden Quill, the National Reader’s Choice, Romantic Times, and All About Romance’s Favorite Book of the Year.

Julia now inhabits an English Georgian-style house she and her husband built in the East Texas countryside where, if she closes her eyes and ignores the summer thermometer, she can almost imagine she inhabits the landscape of "Pride and Prejudice." In between traveling to visit her three children (a naval officer son stationed in Washington, DC, a textiles and design major daughter who cheers for University of Texas at Austin, and a mechanical engineering major son also at UT Austin) keeping up with her science teacher husband and juggling a part-time day job as a high school French teacher, she pursues her first and dearest love--crafting stories.

To relax, she enjoys watching movies, reading (historical fiction, mystery, suspense) and puttering about in the garden trying to kill off more weeds than flowers.

http://www.juliajustiss.com/
Posted by Virginia C at 8:27 AM