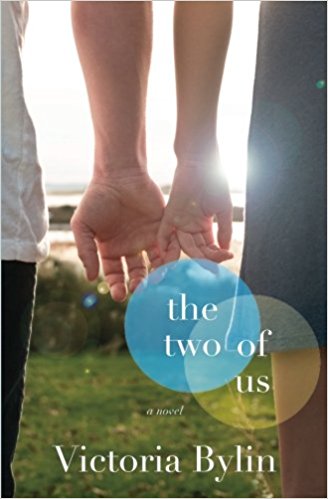 The Two of Us


After two broken engagements, nurse practitioner Mia Robinson is done with dating. From now on, she only trusts herself and God, and she's focused on her eighteen-year-old sister, Lucy, and caring for patients. Just as she applies to work for an international aid organization, a phone call from Lucy, who's pregnant and running off to marry her twenty-one-year-old boyfriend, throws a wrench into all of Mia's plans.

Jake Tanner may have recovered from the physical injuries he sustained on the job as a police officer, but his heart has yet to heal from losing his former partner in the tragedy. He's poured himself into starting a camp for the sons of fallen officers and mentoring Sam, the adult son of his deceased partner, who's asked him to be his best man at his wedding.

Mia is expecting a mess when she arrives to sort out the situation with Lucy, but she wasn't expecting Jake. And Jake, who can't help envying Sam and Lucy, doubts he'll ever experience their happiness for himself. But maybe Jake's courage and Mia's caring spirit are just what they need to bring them a lifetime of healing and a forever kind of love. . . .


MY REVIEW: Author Victoria Bylin definitely tugs at the heartstrings with "The Two of Us", an inspirational contemporary romance tale. A gifted storyteller, whose writing just gets better and better with each new book, Ms. Bylin crafts a poignant, and ultimately uplifting, story of new and unexpected romance for a pair of wary souls. Young hearts are also featured along with a longtime love story that epitomizes the promise "for better or worse". Mia Robinson's disappointment over failed relationships has left her gun-shy when it comes to men. After having spent years as a caretaker for her younger sister, Lucy, now eighteen, Mia is making plans to change the focus in her life to giving care on a larger scale with an international aid group. Her plans come to a startled stop when Lucy informs Mia that she and her boyfriend Sam are tying the knot in Vegas. Former police officer Jake Tanner lost his partner, Sam's mother, in a tragic incident from which he has yet to fully recover. He finds some comfort in watching over Sam, and now he must cope with Sam's sudden marriage. His own parents, Frank and Claire, are dealing with the effects of Claire's progressive Alzheimer's Disease. Amidst all the swirling life changes, an awareness and attraction grows between Mia and Jake, and each of them has reason to be very careful where matters of the heart are concerned, but love and faith have a way of steering hearts in the right direction, even if the course is not smooth and steady. "The Two of Us" is a highly recommended read for lovers of inspiring and touching romance.

Victoria Bylin is a romance writer known for her realistic and relatable characters. Her books have finaled in multiple contests, including the Carol Awards, the RITAs, and RT Magazine's Reviewers Choice Award. A native of California, she and her husband now make their home in Lexington, Kentucky, where their family and their crazy Jack Russell terrier keep them on the go. Learn more at www.victoriabylin.com .
Posted by Virginia C at 2:14 PM No comments: